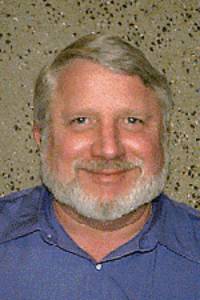 Bob Miller is motivated by seeing students succeed. He is multilingual in Boomer, Senior Citizen, and English

Privilege is an unearned advantage that is highly valued but restricted to certain groups.  Everyone has some form of privilege.  Acknowledging your privilege does not mean you believe you are better than others.  It is a way of demonstrating gratitude for an advantage you have and acknowledging that those without the advantage experience the world differently than you do.

In Bob's own words, "Having a significant hearing loss has put me at a disadvantage at times. Have worn hearing aids since I was four years old. As a result, I learned lip reading at an early age. Up through elementary school I was made fun of and had very few friends. As a result, I was better than average in many sports activities which helped me to feel more included.

I think having the hearing loss enables me to better relate to students with similar problems and have had many referred to me over the years. Grew up in lower middle-class family so learned the value of work at an early age. As noted above I have been working since I was about eight years old. I don’t feel I was ever given anything because of what I am, but it has also not held me back.

I do feel that I have had to work hard to get where I am and what I have. As a white male, heterosexual, middle-class individual I was part of the majority. Working for Santa Clara County Social Services and at Mission College, I have been part of the minority which is wonderful as I have learned so much about other peoples and cultures. I was fortunate that both my parents were college educated though working as teachers and counselors they didn’t make much money.

Because they were both well educated, I grew up in a home environment that was rich in knowledge-based things."

In elementary school he won a flower arranging contest and some yo-yo contests. He played piano, trumpet, and French horn.