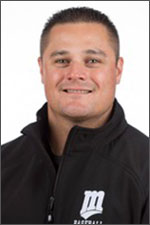 Following the 2016 season, 10 players went onto play at the next level, nine at four-year colleges and another, Matt Hearn, into the Braves organization (after being accepted to UConn).

Hill was a standout player at the University of Miami, as a member of USA Baseball and reached the majors as a second baseman as well. In 2018 the NCAA "baseball's all-time starting nine" for the Hurricanes, of which Hill was the shortstop.

While at the University of Miami, he had a .360 average, became and remains Miami’s career stolen base leader (139), is 2nd in runs scored (240), and 3rd in career hit by a pitch. Hill was also in Miami’s top ten in career hits (253), career walks (166) and reached base in 97 consecutive games.  In 1998 he was a member of the U.S. National Team, scored a Miami school record 87 runs and had a .404 batting average. Hill was privileged to be a part of the 1999 NCAA College World Series helping lead the Hurricanes to their third National Championship.

During his 2006 season, while playing with Triple-A Portland (San Diego), he was selected to play for the Olympic Qualifying Team USA where he led the tournament in hitting with a .522 BA. He re-signed with the Chicago Cubs in 2007.

As a switch hitting infielder Hill has a Major League career .262 BA, OBP of .343 and a .985 fielding percentage. Displaying his versatility playing second base, shortstop and third base, he achieved success at the Major league level as a starter; utility role player and a pinch hitter that was three hits shy of the Pirates single season pinch-hitting record. Bobby accumulated over seven years of professional baseball experience of which five years are at the major league level.

Honors and Accomplishments as a Player